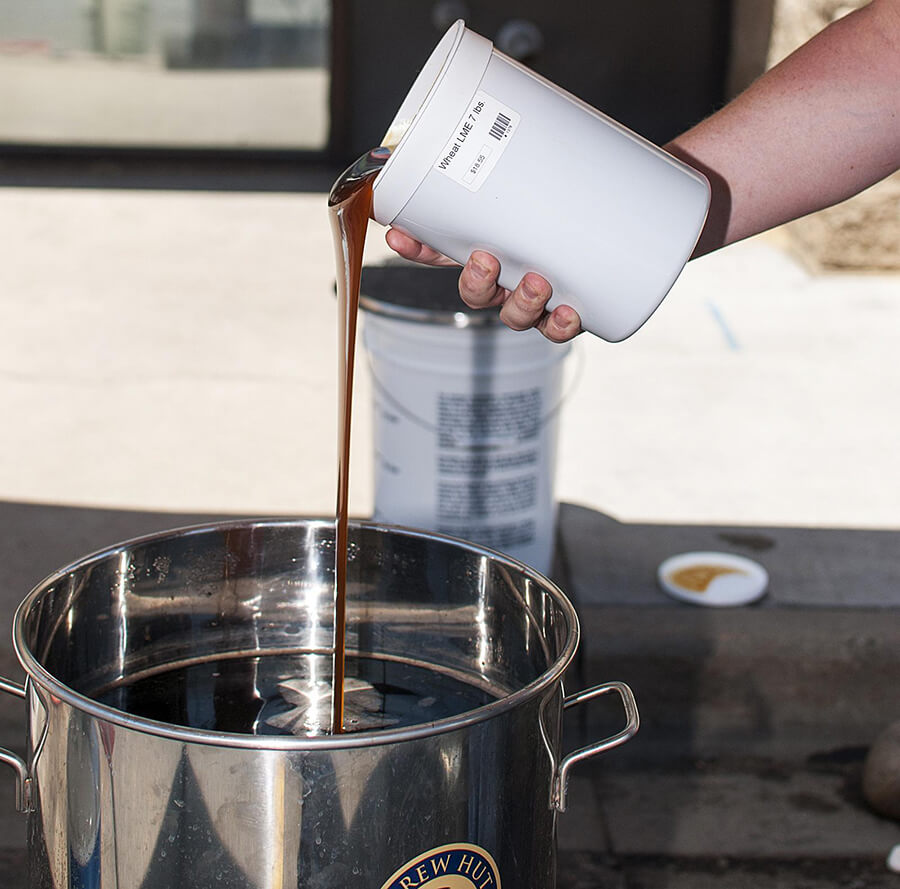 Once a vigorous rolling boil has been reached, it is time to add the first hop addition. Adding the hops may cause the wort to foam up, so be alert. Different recipes will call for the hops to be added at different times (and some brewers prefer longer boils). The specific times for adding hops are measured from the end of the boil. So a hop addition of “15 minutes” means 15 minutes before the end of the boil.

You should maintain a vigorous, rolling boil for the full hour. If your recipe calls for a “0 minute” addition, this means that you should add the packet contents, stir the wort a few times, then cover and remove from the heat. You should let the kettle sit for five minutes before starting the next phase — cooling the wort.