Customer of the Month – Rick Wheeler 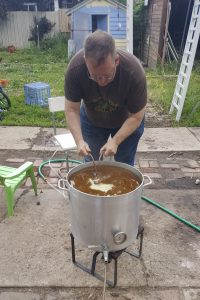 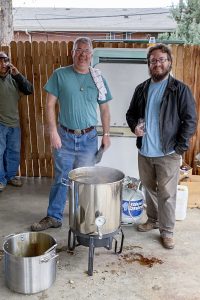 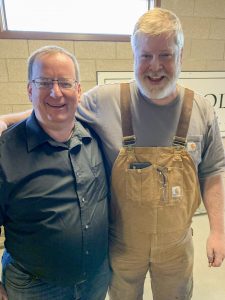 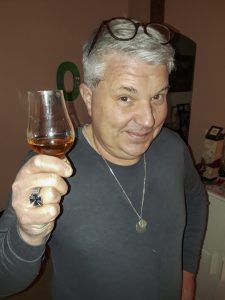 We used to be the Weiss Guys, now we’re the League of Extraordinarily Sarcastic Catholic Gentlemen Brewers. 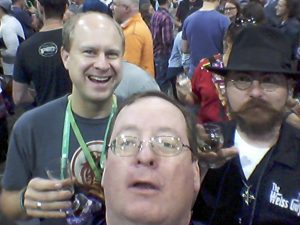 How long have you been homebrewing/winemaking? Brewing for a little over 10 years. Winemaking 9’ish years, and mead I started in 2015’ish.

What are your favorite styles to make? Definitely making white wine and red wine, I also LOVE aging the reds and I’ve made it a point to use the specialty reds for each of my two or three batches that I do per year. I sometimes will take a red and modify it. For example, the Milagro from a couple of years ago I made into a Port-style and it turned out exquisite. I used a port yeast and Germain Robin cognac to fortify the port.

Are you a member of any brew clubs or organizations? We began as the Weiss Guys and evolved into our current group of The League of Extraordinarily Sarcastic Catholic Gentlemen Brewers.

Have you won any medals or awards? The Weiss Guys won 1st place in one of the mead competitions but I can’t remember if it was 2011 or 2012. I still have one bottle left to be opened when my oldest son graduates.

What piece of equipment or brewing process has made the most difference in your beer and/or wine? I designed a blow-off airlock that worked with an empty or “receptor” carboy that allowed foaming blow-off that could easily be recaptured and added back into the carboy it topped out of.

What other fermented beverages have you made? I’ve done beer, wine, and mead, and variations and combinations of all. I had considered making ciders but that’s another process that required more equipment than I had at the time. My kids REALLY want me to brew some soda from scratch now that I’ve acquired 6 kegs to use in making a keg wine system.

List of any other hobbies or interests: As a former federal officer I go to the range somewhat regularly to keep my pistol skills up; in my current job I get to read, interpret and re-edit ancient music manuscripts from the 800’s, 900’s, up to the renaissance and those are published online, yeah, just a slightly niche career.

Is there anything else that you would like to share about yourself? As a father of 9 (yes 9), I keep pretty busy and knew that if I wanted to be able to afford to drink well over the years I’d need to learn how to make it myself.

I’m very grateful to Brew Hut for all their support over the years and many thanks to everyone there who makes home brewing/fermenting VERY easy.