The History Behind Dry January And It’s Popularity

Why Did Dry January Begin?

Dry January, as we know it today, is a relatively new fad. It fits into the first month of the year well, with the prominence of health and wellness practices coinciding with New Year’s resolutions. Additionally, bars across the world typically see their worst performance of the year following months of overspending and overindulgence throughout the holidays.

The practice of not drinking in January can be dated all the way back to 1942. As part of their war efforts, The Finnish Government launched a campaign titled “Sober January”. Unsurprisingly, this did not last too long and did not make it to the following January.

Fast forward to 2014, and the modern version of Dry January was established by Alcohol Change. Alcohol Change is a charity out of Great Britain that registered the trademark for “Dry January”. They used the idea of a fundraiser to encourage sobriety in the month.

Once Dry January was established, it was popularized by Club Soda in Great Britain.Club Soda is an alcohol awareness group with over 30,000 members. They host a Mindful Drinking Festival annually in January at London’s Truman Brewery to raise awareness for irresponsible drinking habits. The focus of the event isn’t on people with genuine reliance on booze, but irresponsible drinkers. Club Soda runs events throughout the year, but the Mindful Drinking Festival is their largest of the year to promote Dry January.

Over the past 6 years, as health and wellness practices become more and more popular among younger generations, Dry January spread like wildfire. In recent years, it has become so prominent that it seems like there is always someone who is practicing Dry January. 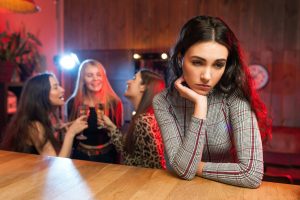 How Does Dry January Affect Businesses?

It comes as no surprise that breweries and bars see less traffic in January, but what about local homebrew shops?

Homebrew shops like The Brew Hut actually don’t see as much of a downturn. This is primarily because of the time it takes to brew a batch of beer. Fermentation lasts a minimum of 2 weeks, and most homebrewers enjoy the process of brewing beer as much as actually tasting their beer. By the time they finish brewing their beer, it’s almost the end of Dry January.

Beyond that, homebrewing shops have evolved. They are no longer focusing exclusively on brewing supplies and equipment. They are turning into DIY and hobby shops. While homebrewing and winemaking are still the main focus, these hobby shops have begun to expand into other niches.

Wine making has become a big trend for DIYers, and The Brew Hut has added that into their repertoire. They also have added cheesemaking, fermented foods such as hot sauce and pickles, and they even offer classes. As a result, homebrew shops don’t see the same struggles in Dry January that bars and breweries might see. By offering multiple alternative hobbies to beer and wine, local homebrew shops can sustain through the mass sobriety of January.